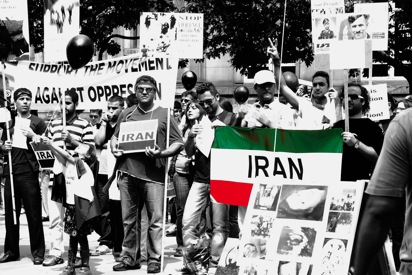 In February of this year, The Generation published a piece on Iranian hip-hop. Feeling discontent with the Iranian regime, some Iranian youth have utilized hip-hop as a means to express disproval over administrative policy and action. With more than a third of the population between the ages of 15 and 29, Iran sustains a large youth population. When considering both this staggering proportion and instances of dissatisfied youth expression, exemplified here by Iranian-hip-hop, one realizes an endemic phenomenon within Iranian society — the persistent marginalization of the youth.

Within the international community, Iran has garnered a reputation for human rights violations and restricted civil liberties. Islamic law — at least in light of Western legal conceptions — is considered to be inherently more restrictive but even beyond the legal formalities, Iran has been repeatedly accused of unwarranted imprisonment, torture and gender discrimination. For many of Iran’s youth, this has meant considerable distrust of the state-run media and the system’s restricted freedom of expression.

Of course, not all in Iran are subject to oppressive treatment. Israeli Prime Minister Benjamin Netanyahu certainly learned this fact when he elicited a fierce response from many Iranians following his interview with BBC Persian Language television.

Netanyahu was quoted “If the Iranian people had freedom, they would wear jeans, listen to Western music, and have free elections.” In response, many Iranians ridiculed the Prime Minster by posting pictures of themselves in jeans across the web.

While it was certainly reassuring to see that Iranians do in fact wear jeans, the responders, while effectively displaying their nationalist sentiment, may have lost sight of the overall situation.

The fact remains that for the Iranian youth, opportunities have been diminishing as international sanctions, enforced after Iran’s refusal to negotiate on nuclear policy, have suffocated the Iranian economy. According to BBC, Iran’s oil revenue has been slashed from 2.2 million barrels per day in 2011 to 700,000 in 2013. This combined with 40% inflation has caused the Iranian currency to lose two-thirds of its value against the dollar. Mehrdad Emadi, an Iranian-born economic advisor to the European Union, has estimated that unemployment figures have risen above 20%. Given these circumstances, a third of all youth have expressed interest in leaving Iran if given the opportunity; this sentiment was strongest among the most educated, according to a study by the Young Public Research Initiative.

For the youth, these economic prospects are discouraging but discontent surfaces on other issues as well. In an article by Reuters, Maryam Ansari, a 22-year-old English literature student in Tehran, expressed displeasure with the social opportunities available to her. She remarks, “My feeling is shared by a lot of other people my age.”

Still, youth discontent in Iran is not fully realized until one confronts the historical record. In 1979, when U.S.-backed Shah Pahlavi was overthrown, the Iranian youth, who were seeking more political participation, played a significant role in the Revolution. Yet, this irony is further complicated when one considers the Green Revolution in 2009, when there was considerable civil unrest regarding election results. Once more, youth played a major role in the political activism of the times. It seems that in Iran, there has been a reliance on the youth to voice change but no opportunity to reap the rewards associated with such change.

Of course, the entirety of the Iranian youth does not constitute one homogenous group. The Young Public Research Initiative revealed that the Iranian youth are divided into four distinct segments: Ultra-Conservatives, Conservatives, Mainstream and Non-Traditionalists. The latter two tend to be more educated and urbanized and represent the largest share of youth discontent.

Some may argue that this summer’s presidential election of Hassan Rouhani is a sign of hope. Indeed, the Iranian diasporic community in the United States exhibits this optimism.

Ava Ghiassi, an Iranian-American student at the University of California, Los Angeles is optimistic that Rouhani’s “moderate platform is a step in the right direction for the Iranian government.” She explains how her cousins in Iran “want more freedom of expression” and want “their efforts to be rewarded (i.e. getting a college degree and being able to get a job).” She also stresses the importance of discernable action behind Rouhani’s rhetoric.

Under Rouhani, the potential for change was further magnified during his visit to the United Nations (UN), when he and President Obama spoke over the phone, marking the first direct contact between the respective administrations in over three decades. Certainly, the phone call can be perceived as an act of good will between the two countries and one that should spark hope for unhappy youth in Iran, but there are other factors to consider.

Although President Rouhani, being the most progressive candidate in the election, achieved a landslide victory, his eligibility for office required approval from Iran’s Guardian Council in the first place. Additionally, upon finishing his speech at the UN, President Obama sought to shake hands with the new president, a gesture that he was not able to pursue because of reluctance on the part of Rouhani. Rouhani’s administration would later state that he did not want to risk upsetting hardliners at home. This shows that he is still bound by conservative elements in Iran, a circumstance that was further confirmed when he faced protestors upon his return to Iran. Given these occurrences, it is important to realize that there are segments within the Iranian populace that are still deeply entrenched in anti-western sentiments. Thus, even if Rouhani is genuine in his efforts, something only time can confirm, he may be limited in his efforts to pursue more progressive policies.

Nonetheless, for the Iranian youth, one thing is clear: politically and socially suppressed by their government and economically restricted by the international community, they remain alienated.

Facts and figures from The Huffington Post, The New York Times, The Economist, Reuters, CNN, BBC, The Rand Corporation, and The Young Public Research Initiative.